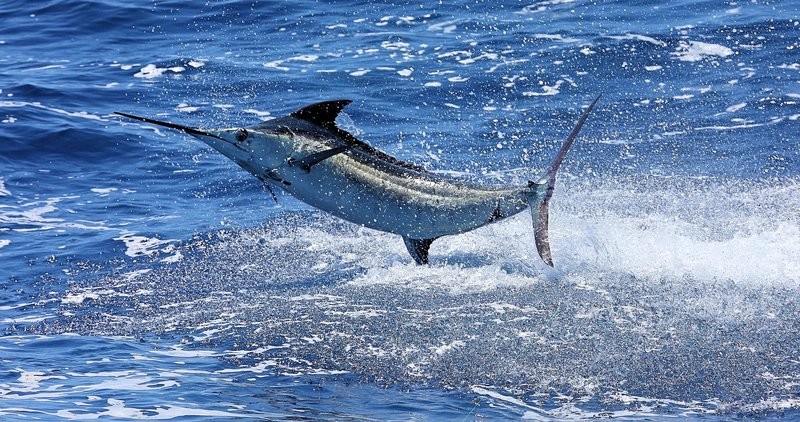 Marlins are characterized as big game saltwater fish. The average weight of a blue marlin is anywhere from one hundred to five hundred pounds. Their bodies can reach the length of ten feet and they are mainly found in the Pacific, Indian, and Atlantic Oceans. The blue marlin is known for its ability to fight, so you must be willing to match the marlin’s will to live in order to take the sport seriously. Just like any other fish, the importance of learning the habits of the blue marlin is essential before trying to make them submissive to a hook.

When marlin are in their primitive habitat they will feed on many things including mullet, cero, whole ballyhoo, dolphin, flying fish, bonito, skipjacks, squid and Spanish mackerel. The reason for understanding the marlin’s eating habits is to know what bait will be useful to catch these mammoth fish. Any combination of the aforementioned fish will be more than sufficient bait when trying to catch your marlin.

A simple technique used in marlin fishing is the lure of the “bonito” bait. You take the bonito and hook it through the tops of their eye sockets. The bonito will stay alive for hours, making your job more about patience.

Make sure that you have half of the line on your reel because marlin have a stubborn streak and they will try to fight you until you are tired or are dragged under by the weight and persistence. Wheel in your line consistently after the marlin first takes a bite of the bait. If your line seems to be too tight, loosen up the slack in order to give the marlin a little more room. This technique will also allow you to take a small break here and there. Loosening your line will also decrease the chance that the line will break, which is a common cause of anglers losing their game.

Another traditional method for finding marlin is the study of their behavior. Marlin will usually follow schools of fish. They will also be more susceptible to trolling. Trolling is simple enough if you employ logic when you use the method. For instance, if you spot a marlin following a school of fish, do not drop your bait in front of the fish because they will scatter and scare the marlin. If the sun is positioned in front of the marlin, he will be oblivious to your bait because he will be unable to see it.

The best way to find marlin is through the use of modern technology. An ultrasound sensor is a tool that is used to spot marlin. However, the gadgets for fishing are not cheap. Unless you are someone who is dedicated to solely fishing for marlin, be careful of the purchases that you make. Often times companies will make products that are specifically designed for a certain type of fishing, in a certain location, or even a region. Make sure that you do your research before you buy any electronic fishing tool.

The one thing to keep in mind about marlin is their will to survive. A fight with a marlin could last for hours without the slightest bit of relief. If at any time you feel like you are becoming exhausted and the fish is still going strong, cut the line.

If you land a blue marlin you will feel an exhilarating sense of accomplishment, but there is no achievement that should allow you to put yourself in danger at any time. Marlin fishing should be a hobby, but it is a hobby that should be approached with intelligence.

You should always know the strength of your opponent before you take the challenge of a fight. The marlin is a beautiful fish, that if you become good enough, can make you a lot of money, but it will take a will that matches the fish to beat the fish.

Here is a video about Blue Marlin Fishing 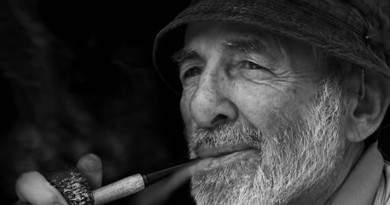 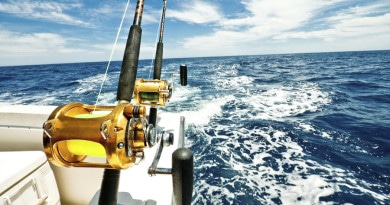