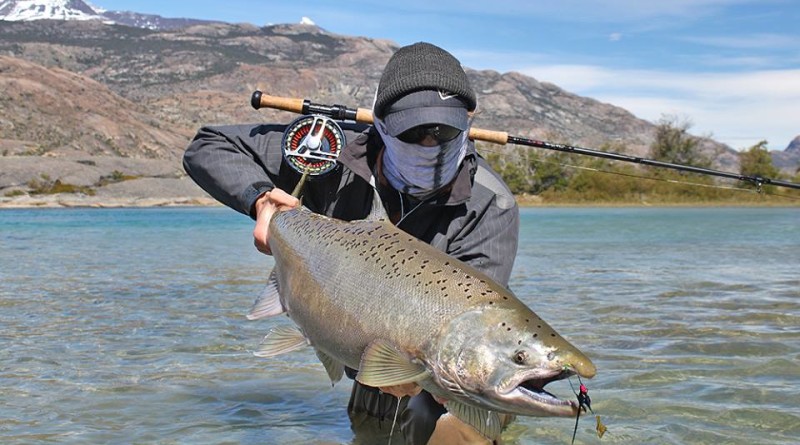 Nine of the ten record setting King (Chinook) Salmon were caught in Alaska’s Kenai River. The average size of Kings in Alaska is 20 pounds, but typically the Kenai yields 50-pound Kings. King Salmon spend 2 to 5 years in the ocean before they come back to spawn. Thus, the size of these fish can vary quite a bit. The largest King caught on the Kenai weighed 97.25 pounds.

What makes the Kenai such a popular spot for fishing fanatics? There are certainly other rivers in Alaska that host greater numbers of salmon. (This isn’t to say that the number of salmon in the river is small. There’s plenty to go around for all wanting to have a great day, week, or month fishing.)

This river draws fishermen for three primary reasons—size of the Kings, abundance of varieties of salmon, and the number of runs for each type. Along with the King, the Kenai is stocked with Sockeye (Red) Salmon and Coho (Silver) Salmon, with each of the species having two runs between May and October. And then there’s the size of the Kings. If you want the best chance of landing a trophy Chinook Salmon, the Kenai River is the place to be.

It’s a short jaunt from Anchorage to the 80-mile long Kenai. The first time you see the river, you may simply be stunned. With striking sapphire waters created by glacial melt, the river is simply breathtaking. Conservation measures have been instituted to preserve the natural beauty and nurturing environment of the river for residents and visitors.

During fishing season, the Kenai supports thousands upon thousands of salmon, making it relatively easy for many fishermen, especially those working with licensed guides, to catch their limit. Additionally, the river is home for world-class rainbow trout, which are the envy of anglers everywhere.

The Kenai is divided into three sections. The upper part is 30-miles long, flowing from Kenai Lake located on Cooper Landing and going to Skilak Lake. Rafters, drift boaters and other recreational and sport enthusiasts have easy access to the river at Cooper Landing.

The upper part of the Kenai flows down to and ends at the Russian River, a tributary that plays host to thousands of Sockeye Salmon. Just down river from this tributary is the Kenai River Ferry, which transports thousands of fishermen to the river’s far bank. This section is popular with anglers and it’s often packed.

Going down river, you’ll find many miles of beautiful views, natural settings, and bountiful fishing. In this stretch between the Russian River and Jim’s landing, despite the fact that it’s bordered by the busy Sterling Highway, you will experience isolation and peace due to the natural buffer created by trees and thick vegetation.

The Kenai River meets Skilak Lake, forming the middle part of the river, which goes to Soldotna Bridge. If you’re looking for wildlife and true isolation, this section is for you. With a ten-mile stretch that has no boat access and a variety of animals, including moose, bear, and waterfowl, the Kenai embraces the wild. To get to some prime fishing, you’ll need a boat; however, some parts of the middle river can get too low to navigate. Throughout the summer, the Kenai rises, allowing boats easier passage.

In this remote section you’ll find some of the best trout and Silver Salmon fishing on the river. Unlike the upper and lower parts of the Kenai, this section has fewer sportsmen, guides, and visitors on it.

Soldotna Bridge marks the end of the middle section and the beginning of the lower part, which terminates at Cook’s Inlet. Before the inlet, the river can get very busy. Its banks are fairly crowded with businesses and homes. Along with being congested, the river also has some sandbars and large rocks, making it tough to navigate.

The second King run, in June and July, is the most popular with anglers looking to land the next world record salmon. The lower river has easy access and many of the approximately 400 registered guides can be found in this section.

The King (Chinook) Salmon can be as large as a man and as tough to haul in as any sport fish. It’s the prize catch on any Kenai River fishing trip. For anglers looking for some of the largest salmon in the world, this section of the river offers the greatest opportunity for hauling in the ultimate catch and coming up with the biggest fish story. 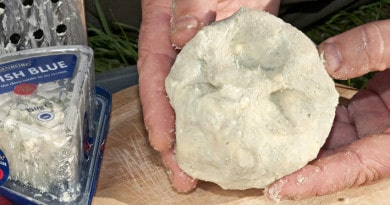 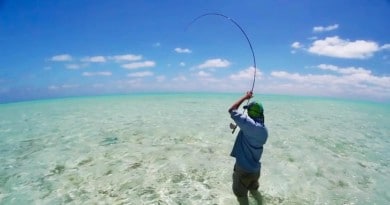 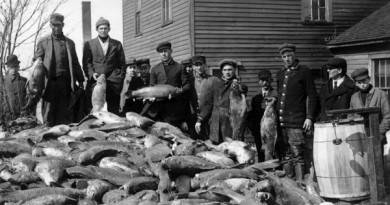