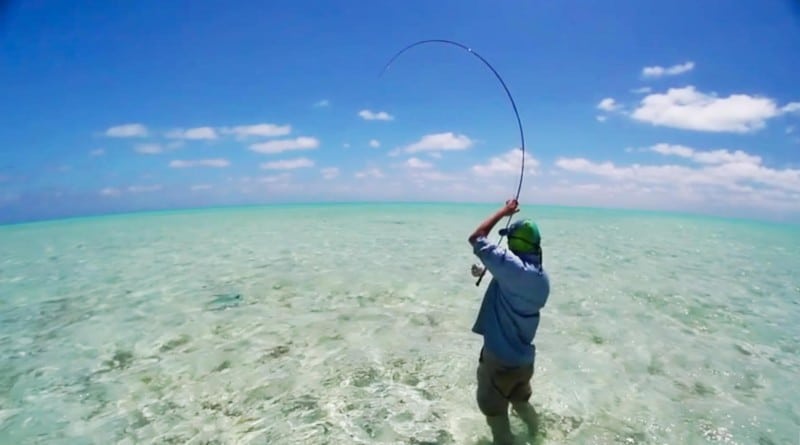 There are several categories of saltwater fishing discussed in this article.

For starters, there is the light-medium category, which would include fishing for certain species such as Snook, Redfish and Spotted Sea Trout. These fish and others in this category are typically caught in bays and other similar estuaries. Also included in this category would be inshore fish such as the Pompano. If you are fishing for these species to eat them, be aware that during summer months redfish and trout will most probably contain worms.

A spinning reel in the class of a Penn 710 or 712, or 4500ss spooled with a fine quality 10-pound test monofilament line works better along with light to medium action rod. Penn makes good quality reels that will hold up to the harsh saltwater fishing environment.

For terminal tackle you will begin by tying a shock leader of approximately 18 inches using 20 pound test line or fluorocarbon. Fluorocarbon is slightly more expensive but is significantly less visible to the fish. Attach the leader tying line to line or use a saltwater rated barrel swivel. For the hook you’d better use a 6/0, preferably an Eagle Claw.

The second category afferent to saltwater fishing is the medium to heavy category for species such as Bluefish, Spanish Mackerel, and smaller Jacks. These species of fish are most usually found near shore regions of the Gulf of Mexico and on the Lower East Coast. In this class you could also include the smaller “schoolie” King Mackerel under the legal size limit of 24”.

Do not forget to first consult a saltwater species book for knowing the difference between the large Spanish and juvenile Kingfish. They are extremely similar. The easiest way to tell the difference is that the Spanish Mackerel will have a “black flag”, on the anterior portion of its dorsal fin where the King Mackerel, with the exception of very young fish, does not have this special detail. The second more reliable way to tell is by looking at the lateral line that runs down the body. In a Spanish Mackerel this line drops gradually behind the pectoral fin whereas in the King Mackerel the line drops off sharply.

To be on the safe side, equip yourself with a Penn 704 or similar size equipment spooled with 12-15 lb test coupled with a thin wire leader of 20lb test or so. Check your local fishing regulations for the most appropriate hook, in Florida a small treble like a 2/0 is used.

From the moment the inshore net bans were placed these species have come back more abundantly than ever and you are most certain to find some. Keep in mind that Redfish, King Mackerel and Spanish Mackerel are migratory species so you will have to verify the seasonal availability for these species of fish. 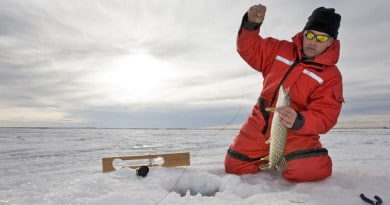 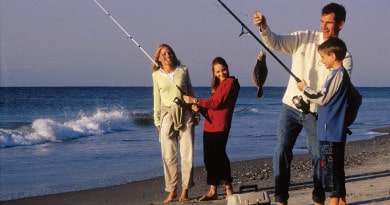 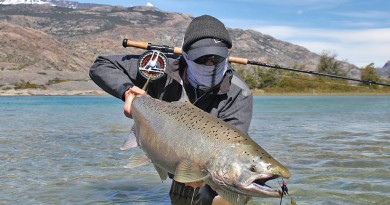